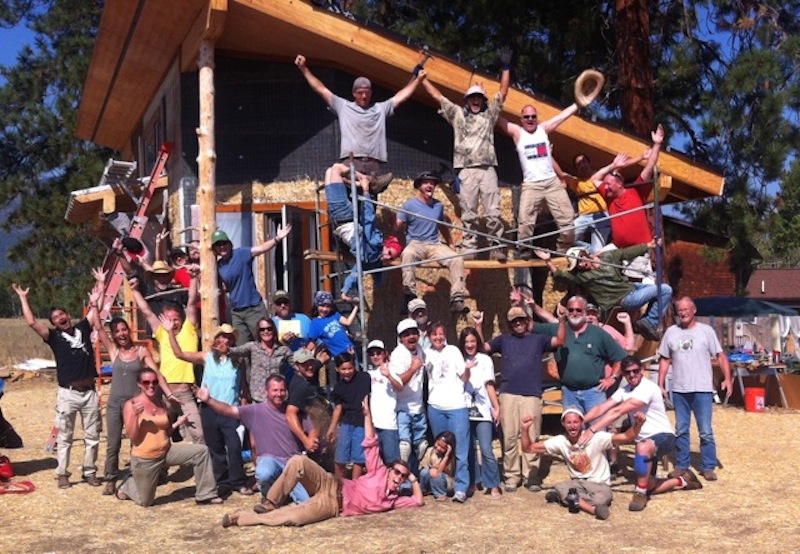 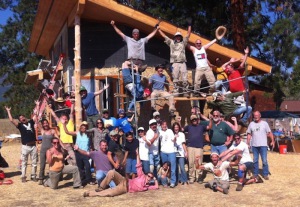 There’s something special about the connections that happen when people work together towards a common goal. I see this at every workshop I teach. Without fail, there are people who share with me that the weeklong workshop has been the best experience of their lives. I used to joke with people that they “need to get out more,” but I no longer see it that way. Instead, I have come to recognize the beautiful community experience that people share at events such as a seven-day, hands-on straw bale workshop. I’ve seen it happen enough now that I felt it was time to dig a little deeper into why people have such powerful experiences. I have been grateful for the opportunity to ask this question of my workshop participants and of myself as well. Here are five things that I have learned.

I have toyed with the idea of changing the name to a straw bale funshop, because “workshop” seems too serious for the amount of fun we have. The truth is, we do work and we work hard; however, we also play hard and share ourselves at a deeper level as a result. Just how the perfect recipe comes together, I cannot say. What I can say is that it always seems to be the same result: a week of incredible people coming together to do incredible things and all the while, connecting and creating friendships that last. I can’t think of a better job to have and I am incredibly grateful for it.

Andrew has a passion for straw bale construction that is matched only by his desire to teach his knowledge to others. With nearly 20 years of building and contracting experience, he has now moved his practice entirely to consulting and teaching. He shares his knowledge with thousands of people via his DVD series, blog, and hands on workshops. To learn more, please visit www.StrawBale.com.

Building With Hempcrete (hemp-lime): Essential Tips For The Beginner (Part 2)

Getting Grounded on an Adobe Floor