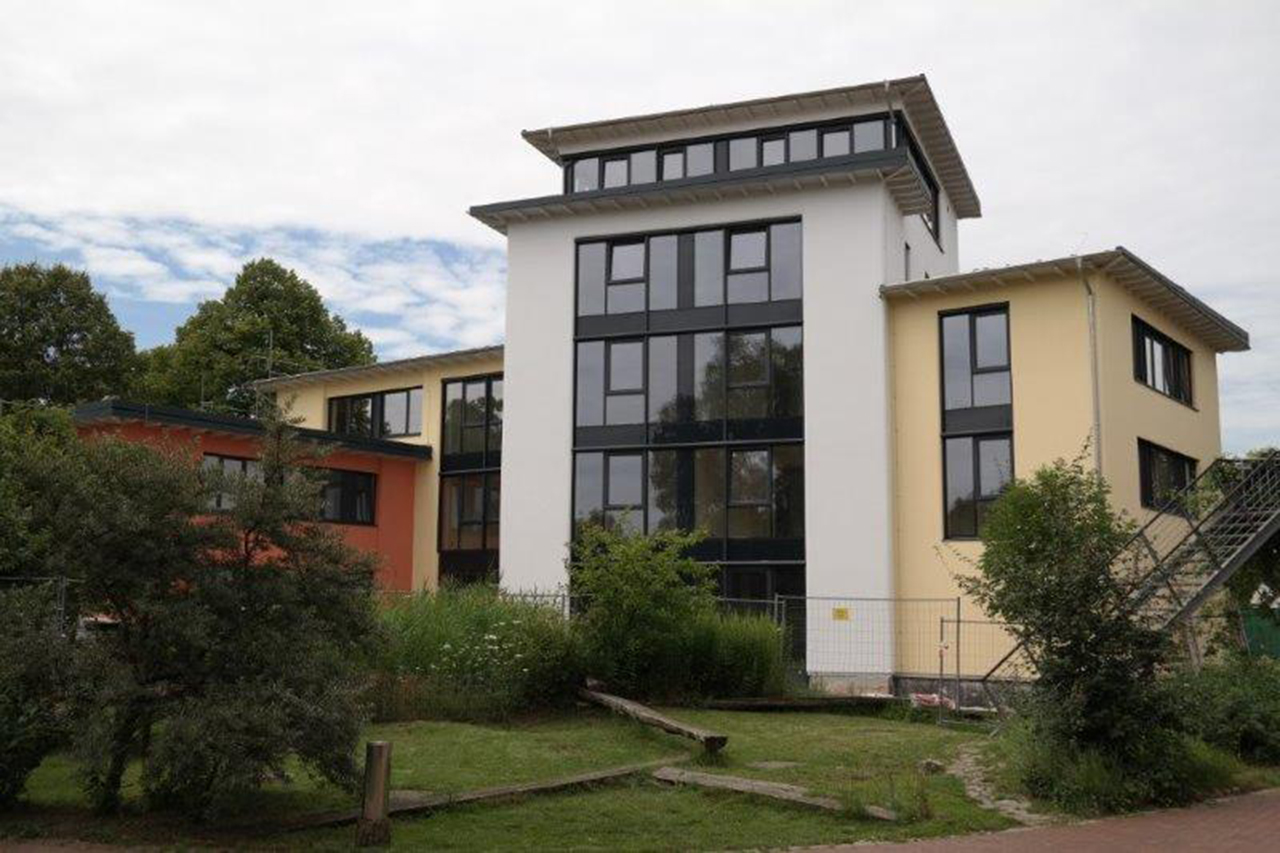 Rendering of the Center for Sustainable Building in Verden, Germany

Germany has always been an active member of the straw bale community ever since the early days of the revival.  TLS has covered their activity in straw bale construction as far back as Issue #18 in the Summer of 1997.  As a result of collaboration between public and private entities Germany has come under a straw bale regulatory structure that rivals that of anywhere on the planet.

Until recently there has been a battery of test that desingers and builders could draw from, including flammability, fungi resistance, fire resistance, and thermal resistance (conductivity).  But general approval of straw bales for insulation, and which allows for plaster to be directly applied to the bales among other things, was given in June of last year (2014).  This approval was granted by the German Institute for Structural Engineering (Deutsches Institut für Bautechnik), which can be found here: http://fasba.de/images//z-23.11-1595%203.6.2014kl.pdf

Centre for Sustainable Building
Around the same time last year the new Northern German Centre for Sustainable Building in the Verden Region was unveiled.  This 5-story, 1,837 square meter (19,700 square feet), state-of-the-art bale structure is the first phase of the project with a seminar and conference center to follow in phase 2 totaling 1,150 square meters (12,300 square feet) of floor space.

The completed Center for Sustainable Building in Verden, Germanyarticle

The Centre consists of a timber frame structure insulated with bales.  The exterior is rendered with lime and the interior with earth and two layers of gypsum fiberboard.

More information on the Centre can be found at http://www.nznb.de/ .

Straw Bale Insulation
The general approval of straw bales for insulation has brought about quality control for the bales that appears to be unprecedented.  Bales are now able to be sourced from nearby pastures throughout Germany if samples (2 bales) are sent to BauStroh (http://baustroh.de) for testing.  If the test results show compliance with the new requirements the builder receives a certificate that allows them to purchase the full order from the nearby source.

According to Dirk Sharmer, architect and designer of the Centre, “In addition to cost for the farmer and bale transportation from the field to site it currently costs 1000€ per house to have a fully leagalised building material which allows the client to build extraordinary sustainable homes.”  He adds, “There is no other fully legalised building material in Germany with such an easy and low cost certification.”

This completion of the Centre and the progress made by FASBA (German National Association of Building with Straw Bales, http://www.fasba.de/ ) are indicative of the state of straw bale construction in Europe.  For a unique experience of straw bale construction in Germany, and Europe as a whole, the ESBG (European Strawbale Gathering) 2015 is happening in Paris this summer and should prove to be a conference not to be missed.