Fire in a House With Straw Bale Walls

This article is original content and has not yet appeared in the printed version of The Last Straw.

No, this is not the house. We don’t have a picture of a bale house on fire!

This story is a reluctant one about a house comprised of both wood-framed and straw bale walls lost to a fire in 2009. The structure was built over a longer period of time than most main-stream homes.  The different phases incorporated the most appropriate materials at the time for the owners. We are excluding specific reference to the owners and the location of the building due to privacy concerns. For this article we will say that the building is in the central U.S. at approximately 8,000 ft elevation and the Owner’s name is Bob. In the end, it really does not matter who owns the home or exactly where it is. What we will focus on is the performance of the bale walls in the fire, the aftermath, and how the owners and insurance company feels about the whole incident.

The building was an un-permitted residence in a rural mountainous area. As mentioned above, some of the walls were wood-framed, others were built with bales. The bale portion of the structure was round, approximately 26′ in diameter, on a foundation that was an 8″x18″ concrete grade-beam supported by concrete pillars, with a yurt-style roof which included a “tension-ring” cable. The bale walls were Nebraska-Style (no posts) and had a 2×6 box-beam for the top plate with plywood on the bottom but not the top. The box-beam was filled with rigid foam insulation. Both the interior and exterior surfaces of the bale walls were covered with cement-based plaster. Two coats were present on the exterior and one coat was completed on the interior. There were relatively small areas not plastered on the interior, but the location of these un-plastered areas were not specified in my conversation with Bob.

The fire was started in the crawl-space of the framed portion of the structure by accident. It quickly spread throughout the framed structure and overtook the occupants who had to flee for their safety.  Bob is a local volunteer firefighter who was overcome with smoke inhalation and had to be taken away for medical care. He was present for a majority of the fire and taken away before it was extinguished. However, he has some interesting comments regarding the bale walls, how they performed and how they were affected by the fire. The family lost everything to the fire and is now picking through the remains.

Bob commented about how fast the areas with no plaster ignited compared to the bale walls covered with plaster. The windows and doors had been framed using standard wood bucks. These, in addition to the wood box-beam, became the main avenues for the fire to spread into the bale walls. It appeared that the fire moved down from the top and in from the window and door bucks. Had these areas been plastered, or concrete bucks used, Bob feels the bale walls may have been spared.

Due to the generally impenetrable nature of the walls they seemed to act as barriers to heat-flow in both beneficial and detrimental ways.  Bob had installed his solar PV array 10 feet from the bale structure. The PV panels were virtually unharmed due to the shielding nature of the bale walls. His wood-framed shop, situated approximately 30 feet from the framed portion of the residence, ended up burning to the ground from direct exposure to the heat of the fire. The drawback was that Bob felt the bale walls created an oven-like effect within the building, holding heat inside, keeping the temperature very high.  As a result, one of the losses was the family safe which was supposedly fire-proof.  It was unable to withstand the “heat-trap” surrounded and created by the bale walls.  From these accounts, It is clear that the bale walls have a very significant heat-shielding effect during a major fire event.

The entire structure was insured by Allstate Insurance.  Bob was honest with them at the time of insuring the building and did not hide the fact that part of the building incorporated bale walls.  Allstate did not seem to make a big deal of the fact either then or now.  It appears they are making a pay-out on the insurance policy.  This is good news to bale building owners everywhere.  An insurance company had the capacity to not focus on the fact that some of the exterior walls were made of straw and plaster.  It is not clear if they understood how stable the walls were during the fire since they did not collapse, like the rest of the structure.  The fact that the bale walls did not contribute to serious problems was probably one reason for the lack of focus.

Being a volunteer firefighter Bob was frustrated he could not help fight the fire that destroyed his own home.  He understood that following orders from his fellow firefighters to seek help for his smoke inhalation was the right thing to do.  When asked about how the fire was suppressed in the bale walls and why it took so long, it became clear that the ongoing smoldering was not going to stop on it’s own.  The walls needed to be broken up in order to access all of the smoldering spots.

It seems that there is a pattern among bale buildings that are engulfed by flames.  The walls remain standing as long as anyone is willing to let them stand.  The main reason they are taken down is to gain access to smoldering areas within the walls so as to eliminate any risk of spread and the accidental ignition of other fires elsewhere.  The fact that bale walls are very effective heat shields makes them good fire-separation wall candidates between living units, or uses, within a structure.  They remain stable throughout the fire event, which cannot be said of steel or wood-framed walls in low-rise residential or commercial construction.  The fact that they tend to smolder and require maintenance for days after the initial fire event costs money and resources, but weighed against the fact that they do not fail catastrophically means that they may be considered as life-safety elements in buildings with many uses and occupancies.

The lessons learned in this building are that bale walls are incredibly stable during a fire event, offer a thick shield to retard flame-spread, and are tough to dismantle, requiring many days and resources by the local fire department.  When put together it seems that the bale walls themselves had a much better track record than any other part of the structure.  Feel free to comment or add to the discussion by logging in and submitting your thoughts.

Bob says he will not rebuild with bales mainly due to the huge amount of labor involved.  He will probably choose to build with some form of ICF (insulated concrete form) and steel.  He and his family enjoyed their bale home, but the time and labor necessary do not seem as realistic the second time around.

All fires in bale buildings are felt throughout the community as a serious and deep loss.  Even though we do not wish for them there is a great deal to learn from each and every one.  We hope this account will help firefighters, insurers, designers and homeowners make the best decisions possible.  Please comment below and participate in the conversation.  We are interested in your thoughts.  Email the author with any specific question for the owner offline. 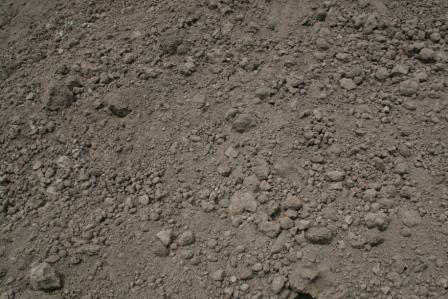