Building natural homes for a job in the modern world involves compromises, like all things in life. The one compromise that upsets me the most is the use of sheetrock or plasterboard on interior walls. I get the privilege of building natural homes for a job, yet I still oversee or personally install an industrialised product using suspect mud into the same homes. Worse still the materials are a really great medium for the growth of mould. Oh but wait a minute, we can prime it with zero VOC primer that has some sand mixed into it and plaster it all with clay and sand, over the sheetrock, wow I’m getting dizzy; perhaps it’s the fumes. 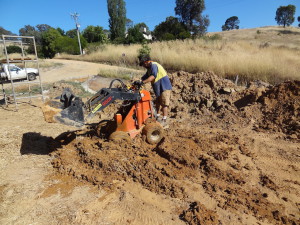 So where do we go from here? Wattle & Daub, lath & plaster, paperless sheetrock, light straw clay, straw wattle walls, tamped dry straw, straw clay blocks; wow I’m getting dizzy again from the range of choices. In an attempt to start sharing details of successful alternatives to sheetrock I thought we could look at one of the methods that I have used and really like, which is internal cob walls in a conventional framework. It is so easy to over complicate everything, even the name of this quite simple and elegant wall system, so let’s stick with “internal cob walls.”

Internal cob walls start with whatever the conventional norm is for stick frame construction in your area. This may have been framed before the decision was made to do internal cob, it does not really matter what the framing is, as long as it is code approved in your area. To install the cob, one side of the wall is covered with plywood or similar. Once again the type of plywood or thickness is not too important. I tend to use ½ inch plywood or OSB, other particle board or even wood could be used. The plywood simply stops the cob from falling out the backside of the wall while it is being installed. Next a whole lot of nails or screws are put into the frame for the cob to stick to. Electric cables are best put into conduits for ease of modification later. Then fill the bays with cob from the open side. The cob mix has to be stiff enough to not slump, but wet enough to screed off. I use a scrap piece of 2 by 4 to screed the cob flush with the studs as each bay is getting filled. Leave for 24 to 48 hours and strip the forms. Once dry the walls get plastered. 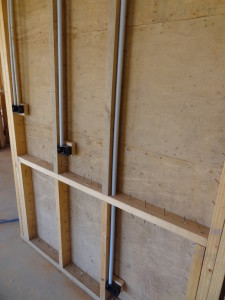 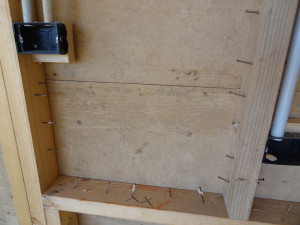 with nails at stud and blocking 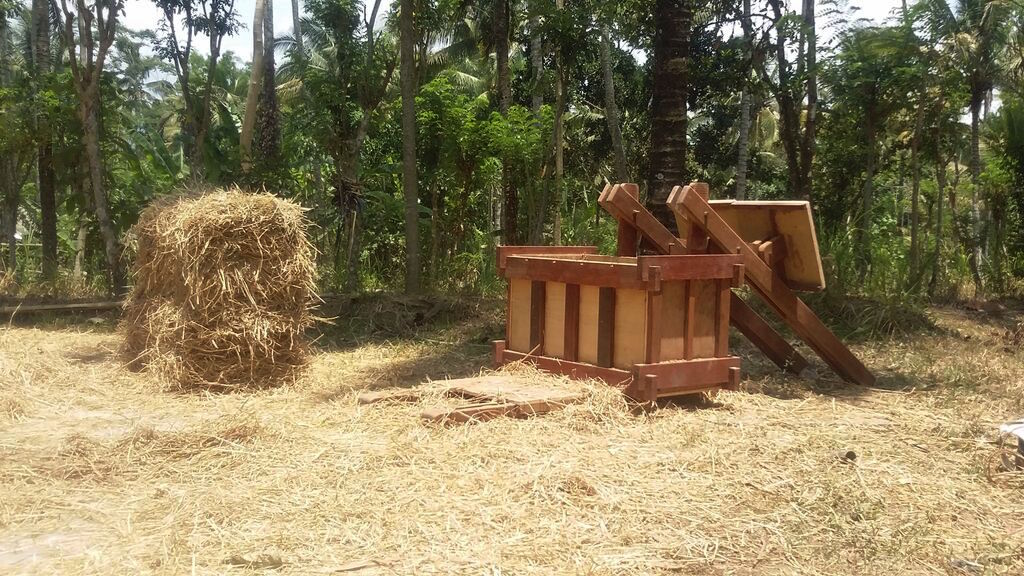