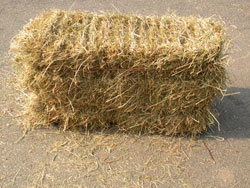 Many years into the bale building revolution, and hundreds of thousands of bales later, we thought it made sense to ask you how you prefer to stack bales in the walls of your buildings. 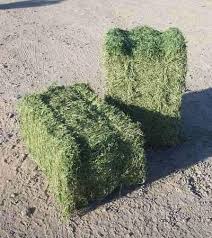 Original bale construction techniques used bales laid flat in the walls, meaning the bales wide dimension creates the wall width. In the case of a typical 2-string bale this means your walls are nominally 18” (45 cm) wide with the strings running vertically at the ends of the bale.

In contrast, many folks are now placing the bales on-edge with the strings running horizontally. The smaller dimension across the bale creates the wall width and is either 14” (35 cm) or 16” (40 cm) depending on the type of baler used.

The orientation of the bale obviously affects the orientation of the straw within the wall.  Heated debates have taken place in both private and public forums as to the best way to stack bales.  Since bales laid flat have been the default since the beginning of bale construction one could say it is up to the bales on-edge folks to prove their systems worth.

Just a few of the advantages of stacking bales on-edge are:

Drawbacks to stacking bales on-edge are:

To help fuel the fire of this debate we decided to post a survey on our website asking anyone with experience to participate. The results are not terribly surprising, but they do help us understand what kind of factors go into each choice. We are hoping the information here will help people make the right choice for their projects.

There were a total of 46 responses, which are too many to print, but we have made the raw data available here.

The pertinent details of the results are that 43.5% of the respondents use bales laid flat and 23.6% use them on-edge.  19.6% of the respondents answered under the “Other” category usually saying that it depends on the project.   We did include an “On-End” option, which received one very positive response.

What is most important to take away from the survey is that there was no one option that took a clear majority. There are good reasons for both methods and each respondent has given a thoughtful response.

Other notable statistics are the even distribution of the type of respondent. The survey was not dominated by one type of professional or lay-person. But the “Owner/Builder” answered more than any other type of respondent at 26.7%. It should be noted that each respondent could answer this question in multiple categories.

Residential structures took a wide majority at 61.6%. The breakdown of the types of structures may be somewhat representative of bale structure in existence today worldwide.

From the comments it appears that many of the projects with bales laid flat use a type of framing system that requires the bales to be notched. For the users of bales on-edge it appears they prefer framing systems that do not require notching, thereby eliminating this issue altogether. This is an interesting result. It could mean bale orientation  influences the framing system, or is it the other way around? Either way, folks who place their bales on-edge are using a framing system that eliminates the big the task of notching bales around posts. This must be a huge time-saver, or at least a sinus-saver due to the reduced amount of straw dust.

There are a few comments that are not supported by fact, but are difficult to discern for the casual reader. One example is bales on edge are more susceptible to failure in a fire unless they are enclosed in mesh. Another example is bales “disgorging,” or exploding, if the strings are cut. Both of these ideas imply that if strings are cut, or compromised, in bales laid on-edge overall wall integrity will also be compromised. These ideas have not been researched and proven on a widespread basis. Or put another way, we do not hear stories of widespread failure, or of compromised walls, due to this characteristics of bales laid on-edge. If there are examples of this being a problem we hope some of those folks will elaborate and share their experiences with us. But until then we’ll question this claim.

There is one respondent that uses bales on-end with great success when it comes to the owner-builder. A couple other respondents have used bales on-end and mentioned how flexible they are with respect to orientation. This seems to reflect how much experimentation takes places with builders of these walls.

On a side note is how a farmer stacks bales both on a truck and in their barns or fields.  The bottom row of bales is usually stacked on-edge while the bales above are stacked flat.  This is for two reasons from what we understand.  First, bales on edge don’t compress and deform under the weight of a full stack above as much as bales laid flat.  This provides a stable base over time.  Second, the straw within the bale is oriented vertically when stacked on-edge and will wick less water up, thereby rotting one edge of each bale on the bottom row.   The bale with a rotted edge is still usable in another stack within rows above the bottom.  As noted above, this is anecdotal evidence from a few farmers, but it seems logical.

We think it is safe to say the jury is still out on the orientation of bales. But this give us some good information with which to make educated decisions.  You can find the raw data from this survey here, which includes all of the comments.  Due to a limitation with our survey software we are unable to extract the data in a way that connects the comments with the multiple choice answers.  We will resolve this in the next couple weeks and post a revised results file.

Thank you everyone who participated and we hope this helps those of you still trying to make a decision.