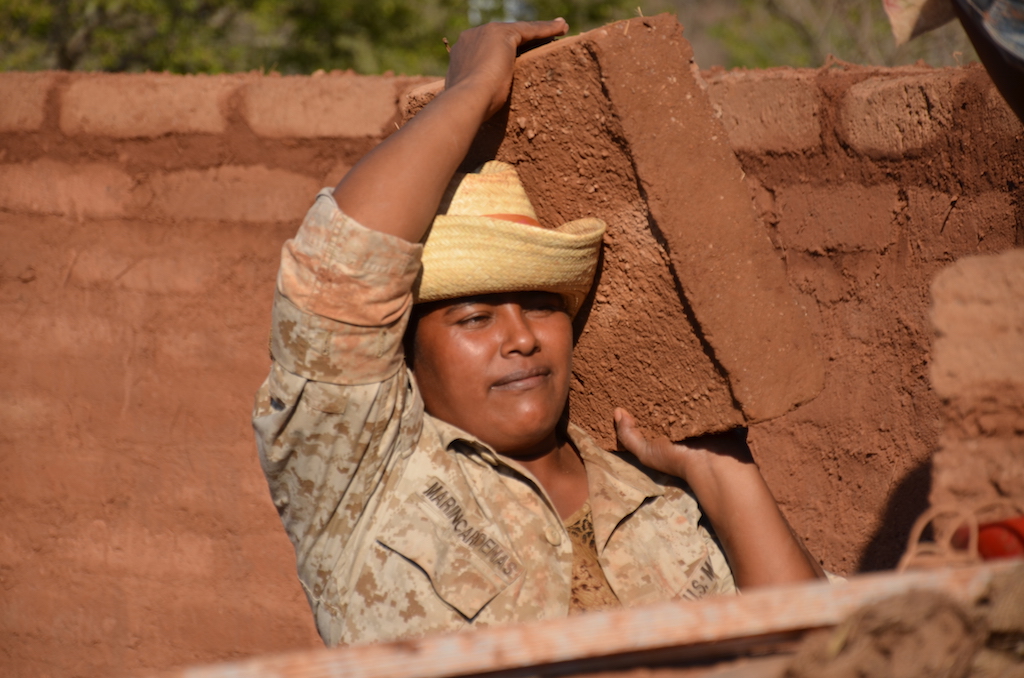 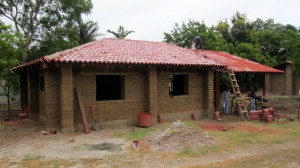 I never built with adobe until 4 years ago when I arrived in Nicaragua. I laid a little brick in my youth, as a mason tender for my brother, and I’ve stacked a fair bit of straw bales as of late, but as far as earthen experiences go, I primarily stuck to cob.

We built benches in my first adobe brick experience – the fastest benches I ever built out of earthen material! Initially, building blocks weren’t that appealing in my limited experience and love of curvy lines. These bricks, they seemed so …square. But some years back I surprised myself when I fell in love with square rule timber framing, so I was open to the experience.

The pride and elegance of adobe in some rural areas of Northern Nicaragua immediately struck me when I landed there. The small community of Sabana Grande, where I was living for the winter of 2011 particularly influenced me. I was there to immerse myself in language and culture and offer my skills as seemed appropriate. Imagine landing in rural Appalachia in order to discover US culture and learn English; that’s the best way to describe my experience in Sabana Grande.

The recent excessiveness of concrete building sadly juxtaposed the local adobe pride. Concrete is not economically or environmentally sensible, particularly from a cradle to coffin perspective. A sense of social justice, women’s empowerment, and the use of basic common sense to help support the preservation of adobe motivated me to action

The natural coolness of homes built from adobe are essential to the people living in rural communities in Nicaragua, as most of them live without electricity. The women are often inside cooking all day, particularly in the rainy season. This “opinionated, do-gooder gringa” thought the houses needed some love and creative inspiration.

In order to embark further on this journey of exploring how to support “socially just” homes in these regions, I needed to attempt to understand the contemporary building attitudes in Nicaragua.

Now that I’m smitten with this simple and sensible way of building for places like Nicaragua, developing nations overall, I will share some of my discoveries. Why is adobe building failing as a viable social justice building technique for the people? What exactly is adobe mejorado? What types of technique shortcuts are damaging the reputation of earthen building in contemporary times? 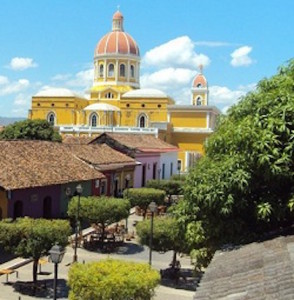 There is much history of adobe in the world and you might want to explore that. I won’t expound on the history, but I will briefly say that there was a time when adobe was indeed built grandly and sensibly for the conditions of its environment. If you want to see it for yourself, just visit, or Google any number of colonial cities where clay earth was more easily accessible than limestone, and where the climate was dry enough to make sun baked bricks.

And here I will quickly jump into:

Reasons for Failure on a Social Level

As we know, much has changed with the introduction of modern concrete. Globalization of building materials, as well as the niggling stigma that earth building is now a building material solely for the poor in developing countries, has had a profound effect on building practices around the world. 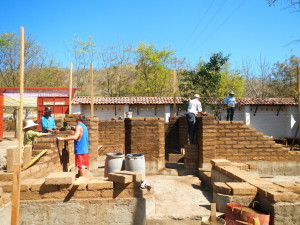 As “first-worlders” and builders, we are well aware of the fallacy of this ‘’fact.’’ We see and participate in building half-million dollar natural homes, and we see poorly built contemporary homes with modern, globalized materials. The result of this widely held belief system is poorly built structures for the poor. This thinking leads to poor construction and the lack of implementing good designs and techniques. The lackluster construction and unpleasing aesthetics loops back to earth housing solely for the poor. In this loop, the quality doesn’t rise. It only falls. However, I have seen transformations occur when love and a sense of personal and community pride are put into stacking beautiful sun baked blocks.

Another impact of the social stigma surrounding natural building is many people destroy their homes of adobe just to rebuild with modern materials. The idea of “being fashionable” or to show that a family has risen in social status appears to be the reasoning behind this phenomenon. 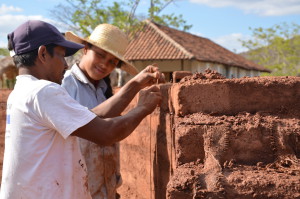 People, often times those without much money, have fallen into the commercial trap that more expensive materials are better. I will acknowledge here that in some regions and climates this is undoubtedly true on an energy performance level, and my hat goes off to those colleagues who strive to look at the lifetime energy use of a home! In my experience, nothing beats the freshness and coolness of an adobe house in the proper climate. I spend a lot of time sitting in front of a fan in a concrete building: I am right now! Once the fan kicks off because the electricity goes out, again, the sweat starts pouring down. But, I hardly experience this in an adobe house, even with 100-degree temperatures during the day.

The educational institutions and various industries in Nicaragua lack interest in preserving local traditions. The technical schools are pumping out engineers and architects and concrete workers. I believe AMCC, where I teach, is the only school working to preserve and improve adobe. 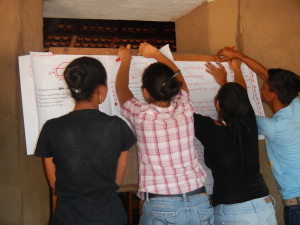 So this movement away from tradition has led to a number of common failures in the system of adobe. Present day adobe bricks tend to mimic the contemporary cinder block that is tall, thin and unstable when stacked. This has much to do with a culture where illiteracy is common in rural areas and people rely on mimicking what they see. Then along comes one good earthquake and down come all these poorly built adobe buildings. The bad reputation adobe gets runs rampant, further strengthening the beliefs of adobe as a poor choice for a home. Well, we also know from earthquakes in places like Haiti, where more traditional buildings stood and a lot of concrete fell, that it’s all about the quality of the construction, not the material.

So meanwhile here in Nicaragua, because so much adobe fell in the big earthquake of ’72, the popular belief is that adobe is inherently dangerous. Yet another hurdle we have, which is to go back in time and say, “ Whoa! Hey, look at all the beautifully built colonial adobe buildings in places like Granada and Rivas and Leon that are still standing strong! “ 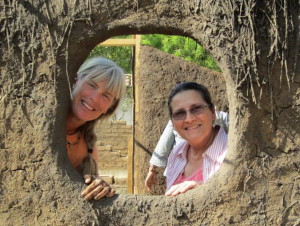 My Role in Spreading the Good Word

When I teach in Nicaragua I work with a brilliant architect, ex-Sandinista soldier, and popular education style teacher, Dulce Maria Guillan. She has taught me all I know about Adobe Mejorado, and I have taken the knowledge I have gained to further increase the contemporary artistic appeal. I have taught her much about other earthen wall systems and the art of plastering. What I will share here are the dos and don’ts that we try to impart to all our students regarding adobe in particular.

What Is Adobe Mejorado?

It is a building system that grew out of a need to bring back and improve on colonial building techniques, back when adobe was grand. Here are the basics:

So just imagine letting any of the above criteria slip by in a seismic region. Here are some examples of what is commonly seen now with the loss of social respect and local tradition.

Main Reasons for Failure of Adobe

Location, location, location!
This goes for any building but in seismic regions it is death to an earthen structure that receives excessive moisture or earth shifting. Adobe buildings are heavy!

Poor proportions for the building size
A general rule is the height is 7-8 times the width of a brick. If working with a 14x14x4’’ brick than the height should be around 8 ft.  Whereas concrete can go very high for it’s width the imitation of this has lead to poorly built and dangerous buildings! 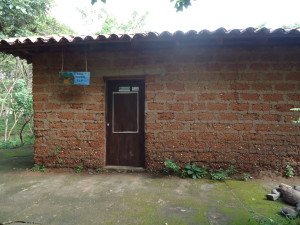 Not making foundation and walls plumb and level
Go ahead a and play with stacking blocks out of plumb on a surface that isn’t level if this concept isn’t clicking. Then jump up and down and shake that surface slightly, creating seismic forces and see what happens. Do it with your kids!

Poor soil quality
In the northern region of Nicaragua I have had experience with lots of soil types. Some are perfect for adobe and some need to be played with and mixed with other local soils. Many people don’t bother to test or go through the trouble of creating a perfect mix. It can make for very weak bricks. 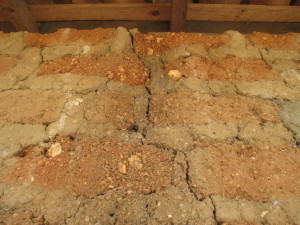 This goes back to the introduction of concrete bricks and the poor transference of information, particularly in a country with high illiteracy. People tend to copy what they see and not always make the connection that concrete blocks rely extensively on steel in the structure to achieve compressive and tensile strength. 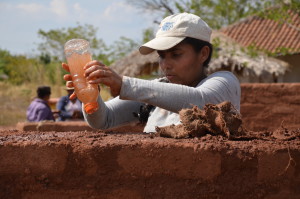 Mortar joints
Consistent mortar joints have been tested to really make a different in the strength of a building and abut 1’’ seems to work well. Too thin and the mortar is weak and too thick and the bricks are more unstable.

Placement and number of windows and doors
This is also a reflection of the introduction of concrete. When people began to see several doors and windows in the wall of the concrete building they probably thought “Hey, I like that look. I’m going to do that.” The problem is an adobe wall relies on the monolithic nature of the wall, and openings weaken it considerably, as does placement of windows and doors too close to a corner. Another important consideration is the size of each opening. 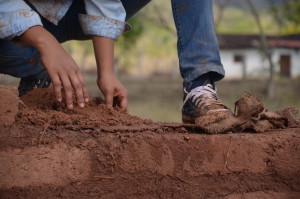 Another issue is roof overhangs
Insufficient roofing can cause weather damage to the adobe, and roofs bearing too much weight for the building can be a problem as well.

Disadvantages?
Must be dry climate for making bricks, and the building process is slow.

Extreme humidity can be detrimental to the strength of the bricks. Clay likes to be stable to be its strongest. It can only store so much moisture before it begins to become soft again. 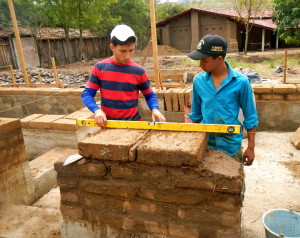 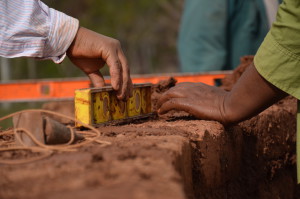 Plaster!
As a plasterer, I will add the importance of proper protective plaster layers. This is not a traditional part of adobe building, but I can see how it can be advantageous. The lack of plaster becomes a problem for adobe buildings when: 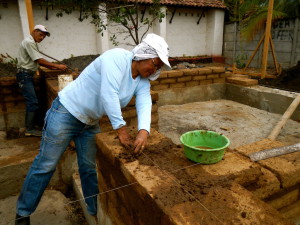 Liz has always enjoyed spaces that bring her in touch with the natural surroundings. As a builder, she was thrilled to discover she could bring that contact deeper into structures  through the choice of building materials. Since that discovery, she has been exploring the world of cob, strawbale, adobe, earthbag, earthen plasters and floor systems, and timber framing. The simplicity of these systems and materials allow for people of all ages and abilities to participate in the creation. The past few years have taken her further into the role of teacher, facilitator, instructor and co-conspirator. She is increasingly passionate about helping others learn these skills so they in turn can share their vision of beautiful, sustainable, and socially just structures. Her more recent work has been in Nicaragua with the women and youth in the northern pueblos and with Red Feather Development Group in the Hopi Reservation in AZ. These projects have been the most challenging and rewarding work for her thus far.  She is founder of the natural building firm Earthen Endeavors and of the organization Nicaragua Pueblo Project.