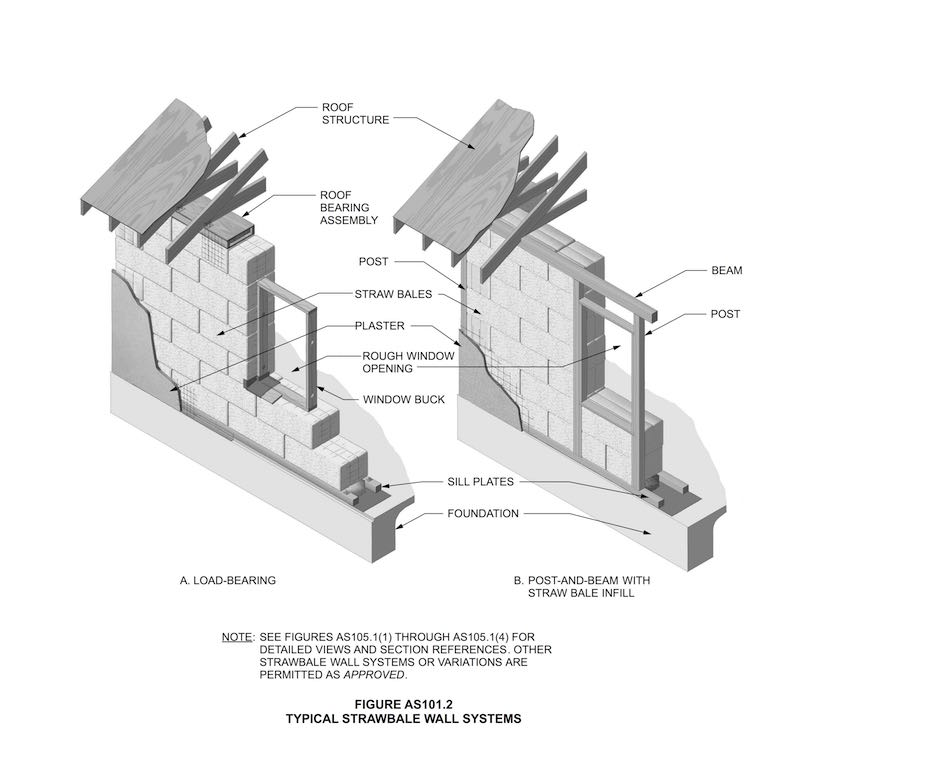 (Note: see TLS #62 Winter 2014 for more information and background on the Strawbale and Light Straw-Clay appendices that are discussed in this article)

2015 was an important year for natural building codes in the United States with important strides expected to continue into 2016 and beyond. The appendices on Strawbale Construction and Light Straw-Clay Construction that were approved in 2013 for the 2015 International Residential Code (IRC) have begun to be adopted by various state and local jurisdictions. The IRC is the model residential code used by virtually every jurisdiction in the United States. It becomes enforceable after governmental adoption. (Note: The IRC and the other ‘I-Codes” are developed and published by the International Code Council (ICC). They are sometimes also used outside the U.S.).

Every U.S. state has its own code adoption process and schedule.  It varies from early and almost automatic adoption of most of the ‘I-Codes’ (e.g., Maryland), to having virtually no building code at all (e.g., most jurisdictions in Vermont).  In terms of the residential code (for one- and two-family dwellings) many states use older editions of the triennially revised IRC, for example the 2012 or 2009 edition, and in two states editions as far back as 2000. Most states have statewide codes, but some leave building code adoption entirely to local jurisdictions. Some jurisdictions automatically adopt the appendices in the I-Codes but most do not.

This broad mix of policy, process and schedule makes state and local advocacy vital to ensure these appendices are adopted and utilized.  But with the large number of jurisdictions, mobilizing advocacy has proved challenging in this first wave of adoption for Appendix S and R. The lead authors of each appendix have promoted adoption by focusing on states with a high prevalence of strawbale and light straw-clay construction (though promoting adoption in states with low use could be argued even more important).  This includes the important task of recruiting advocates in particular states or regions to advocate locally.

Readers interested in promoting the adoption of either appendix in a particular jurisdiction can contact Martin Hammer at mfhammer@pacbell.net.

The appendices can be viewed and downloaded at the following links:

Most design and building professionals in the U.S. do not use code commentary and many are not aware that it even exits. However, a majority of building officials are both aware of and commonly use code commentary. The commentaries in Appendix S and R, with more than twice the number of pages as the appendix requirements themselves, offer a highly useful means of educating one’s local building official (or design or building professional) and can help give latitude to responsibly construct strawbale or light straw-clay wall systems that vary from what is explicitly allowed in the appendices.

Appendix S – Strawbale Construction with Commentary is available for free download courtesy of ICC and the California Straw Building Association (CASBA) at: http://strawbuilding.org/

Appendix R – Light Straw Clay Construction with Commentary is published in the book The Econest Home by Paula Baker-Laporte and Robert Laporte.

Both appendices with commentary are available by purchasing the 2015 IRC and Commentary from ICC at: http://www.iccsafe.org/

The Commentary for each appendix includes Figures (mostly drawings) that are currently not included in the appendices. Like the written commentary these figures are especially helpful for those with little knowledge of these systems of construction. Like the requirements of the appendix itself these figures carry the risk of over-defining these wall systems known for their innumerable variations. Care has been taken with the requirements, commentary and figures to leave the door open to legitimate variations where possible, but within the confines of an enforceable building code.

This first Figure from the Commentary of Appendix S orients the reader and illustrates key components of typical strawbale wall systems.

The figures in the commentaries of Appendix S and R are now being proposed for inclusion in the 2018 IRC as part of their respective appendix.

All building codes are living documents with a process for periodic revision. The ICC accepts code change proposals for its ‘I-Codes’ every three years, and conducts public hearings where the proposals are considered and voted on by a committee. A subsequent public hearing is held where public comments on those proposals and the committee’s decisions are considered and voted on by ICC voting members.

In early January 2016 code change proposals were submitted for Appendix S and Appendix R by their lead authors with input from leading practitioners from different regions of the United States. The public hearings for these proposals will occur from April 17-27 in Louisville, Kentucky.

Key proposed changes in the proposals include:

Over the years of developing the code requirements for the appendices, the lead authors have included leading practitioners (generally though not exclusively in the U.S.) for review and input. As a living document and in recognition of the many variations of context and practice for these systems of construction, both authors welcome ongoing input (see e-mail addresses below). The ICC code development process is also open to any individual’s participation independent of the authors of the appendices (http://www.iccsafe.org).

We want to thank the many contributors to both of the appendices and their commentaries. We would like to also thank all the design and building practitioners, home owners, educators, researchers, writers and advocates past and present that directly or indirectly contributed to these codes and to the movement of natural and sustainable building worldwide. There are simply too manypeople to list here, but without their assistance these documents would not exist. 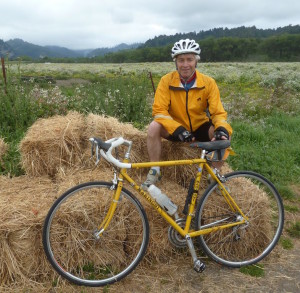 Martin Hammer is an architect in Berkeley, CA, USA. He has been involved with the design, testing and construction of strawbale buildings since 1994 and with strawbale building codes since 2001. He can be reached at mfhammer@pacbell.net